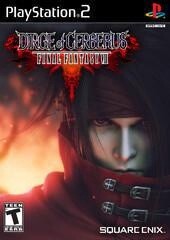 Final Fantasy VII Dirge Of Cerberus is a 2006 action role-playing third-person shooter video game developed and published by Square Enix for the PlayStation 2. It is part of the Compilation of Final Fantasy VII metaseries, a multimedia collection set within the universe of the popular 1997 video game Final Fantasy VII. The game is set three years after the events of the original game, and focuses on one of the game's playable characters, Vincent Valentine. In the story, Vincent is targeted by Deepground, a mysterious organization that plans to awaken a creature known as Omega, with the ability to destroy the planet.

Save this product for later
Display prices in: USD